All plants harbor communities of microbes in their tissues known as endophytes. Endophytes are increasingly recognized for their role in plant tolerance to stress, including drought, salinity, herbivory, and pathogens. Despite their importance, little is known about their evolution, taxonomy, or ecology in natural systems. Plants that are adapting to stress, especially those at the edge of their species range, make an ideal system to study microbial species interactions that confer tolerance to plant hosts. My long-term goal is to use an evolutionary and ecological understanding gained from identifying fungal and bacterial endophytes from wild plants at range limits and determine their function in mitigating plant stress through experimental inoculation. 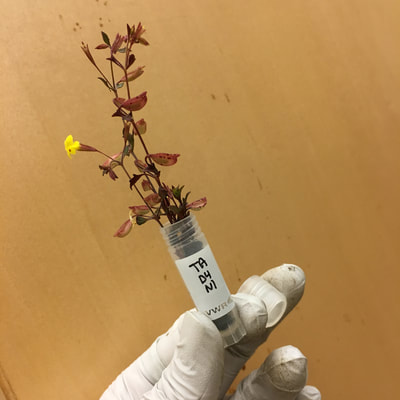 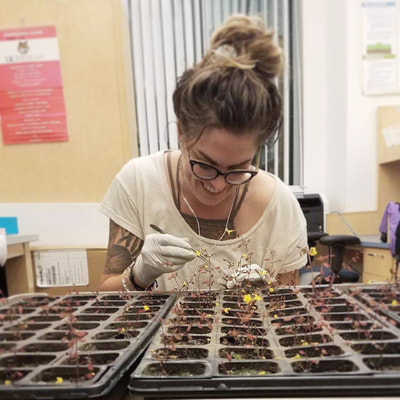 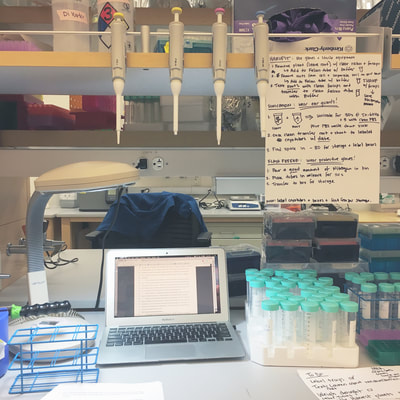 Monkeyflower (E. laciniata), part of its range from lower (warm-edge) to higher (cool-edge) elevations, and its entire range across the Sierra Nevada.

Fungi represent a vast and indispensable part of life on Earth. They are the planet's recyclers, symbionts of over 90% of all plants, a critical component of every ecosystem. Yet, despite their importance and impact, only some 120,000 of an estimated 1.8 million species of fungi have been formally described; less than 7%. Not surprisingly, it is in the warmest, wettest places on Earth where the greatest number and variety of species exist; places that represent the foremost frontiers of mycological exploration. For my master's thesis work with the Desjardin Lab at San Francisco State University, in collaboration with the California Academy of Sciences Madagascar Biodiversity Center, and through funds raised through my Kickstarter campaign "Mushrooms of Madagascar", I traveled to the rainforests of Madagascar in search of new species of wood-decaying mushrooms, Marasmius, named for their ability to revive after desiccation when exposed to moisture (a process called "marcescence"). I described 5 new species, provided DNA sequences for 43, and constructed the most complete monograph of Marasmius globally to date (Shay et al. 2017).

Check out my travel blog "Shay Shrooms" for the details from the adventure!

​Here is one of the species I described, Marasmius rubrobrunneus, ​named for its reddish brown color.